It might not surprise you that body language speaks volumes when it comes to presenting as a confident, engaged and approachable leader.

But it might be surprising that exuding power or superiority in your body language will hinder your leadership success.

In fact, one of the biggest mistakes that leaders make is presenting a persona of authority and control, said Nick Petrovic, Head of Clinic and Psychologist at Mind Profile.

“In some settings, this may be a job requirement but presenting in a dominating stance can reduce your ability to appear approachable and even personable.

“In most management roles, flexibility and openness allow for good communication and honest exchanges of information.

“If staff find you intimidating, they are likely to carefully filter what they share with you, which could compromise transparency,” said Mr Petrovic.

Are you making one or more of the four body language mistakes?

If so, take note, and improve your leadership skills by sending the right message to employees and colleagues.

We’ve all heard about the importance of good posture for our health, but it’s just as essential to your leadership wellbeing.

In fact, good posture is so crucial it makes it to the top of the list of mistakes that managers make that can compromise their communication with colleagues.

“If you cross your arms when standing, it might present as a defensive stance.

“When negotiating or addressing staff, you want to avoid presenting this way as it creates possible tension.

“It’s important to remember that even though you may feel comfortable with your arms crossed and don’t feel defensive, you want to minimise your chances of being misinterpreted.

“The same goes for an overly relaxed stance, which could have the opposite effect and leave you looking like you are not engaged or focused,” said Mr Petrovic.

If you’re prone to fidget, it’s time to cut it out if you want to present as a confident leader.

“When busy or overwhelmed, we sometimes fidget as a way of self-soothing. We often do this without even noticing, but to others, this can present as nervousness or a lack of focus.

“As fidgeting can become an automatic response, it is very important to be self-aware of when you are doing it so you can self-regulate how you respond to these situations.

“Sometimes fidgeting is so automatic that it doesn’t have one specific trigger and becomes the norm when sitting at a desk or in a meeting.

“So, self-awareness is crucial because we need to remind ourselves of how we are presenting to others regularly,” explained Mr Petrovic.

Coming in at number three on the list of body language mistakes leaders make is down to your fashion sense. Or more specifically, what you choose to wear to work.

Leaving the house without ironing your shirt in the morning is probably not wise if you want to be taken seriously by your employees.

“The way we dress greatly influences how people perceive us.

“As a manager or leader, how you dress sets the tone for those around you.

“It would hardly be fair to expect staff members to make an effort if you’re not willing to do the same,” said Mr Petrovic.

Last, but certainly not least, never underestimate the importance of a handshake.

After all, a handshake is the first physical interaction we have with someone we meet, so it makes an impact, explained Mr Petrovic.

“If the way we look has a significant impact on how we are perceived, then a handshake may be one of the most influential body language cues we can give.

“The aim is not to exert your dominance but rather to exude confidence and trust.

“As silly as it may sound, practising your handshake with loved ones can give you some insight into how you may be perceived by others.

“Remember, it’s about leaving a good impression in someone’s mind not a painful impression on their hand,” said Mr Petrovic!

So, if you want to communicate successfully with your team, pay attention to what your body language is saying, especially regarding your posture, fidgeting, what you wear and the all-important, confident (but not too firm, handshake)! 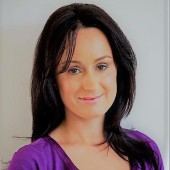 Pros and Cons of Working Remotely and Working in the Office

Why Management Should Be Involved In Employee Training Tips From a CEO: Work Isn’t the Villain in Work-Life Balance