6 Qualities of a Startup Cofounder Did you know, addition of a startup cofounder helps sustain three times the customer growth, as compared to startup with a single founder? Blue Eckfeldt – founder and CEO of E&A mentioned that having a co-founder raises investment by 30%.

When we think about the role of startup cofounders, we place a lot of emphasis on the traits of that role. These traits can split into primary and secondary divisions. This explains their priority and significance in daily decision making.

Primary traits such as empathy, passion, persistence, patience, calmness, data-driven, and energetic, come to mind when thinking about the specific case. Secondary traits comprise of excitement, ever-evolving, humility, hustler, paranoia, creative and persuasion. Thus, the difference between primary and secondary traits is their learn-ability.

To explain further, paranoia is the one reason a visionary team lead is up at night thinking about the ‘what if’ situations which inevitably helps prepare for unforeseen circumstances. However, too much of paranoia can trigger anxiety and prove to be counterproductive for decision making.

The Combination Of Trait Qualities Of A Successful Cofounder

We already know that individuals do not possess singular traits. The development of these traits is something that one develops with experience. You can find out more about Cofounder traits by reading 16 important lessons on the success you won’t learn in school.

When we talk about the combination of traits required to be successful, they can be often confused for arrogance and confidence. To be confident, one requires a resilient need to learn from their mistakes, acknowledge that there are people smarter than them while they address and deal with their insecurities.

A common element found in these successful individuals is that of an alpha personality. Being able to channel that powerful personality within requires one to go back to their rooted instincts and bring out their confidence. Interestingly, Mr. Joel Brown – founder of addicted2success talks in-depth in his blog 10 reasons why your alpha personality will bring you success

Since we were talking about the path to a successful co-founder, it’s important to highlight the combination of traits that are prerequisites. In the example given below. You will notice how the combination of these traits are a mixture of both primary and secondary, that I have mentioned earlier in the introduction.

Some traits are inherent within your personality and others are learned through experience. The cofounder, in either case, can exercise complete control over these traits, while also observe the type of response s/he gets from the team. So the type of approach being used entirely depends on the situation and short-term objective that needs to be met.

Examples Of Traits Found In A Cofounder

Imagine it’s a typical day at the call center, somewhere between the first two quarters. Targets and milestones have been set and the overall aura of the floor appears to be very hostile. The team has realized that the predetermined targets are too high to complete.

Their supervisor approaches you; the co-founder, to discuss the frequency of red flags that have been raised. Your approach will determine how the team improves its game plan. What path would you take?

Calm, Persistent and Paranoid or Energetic, Excited, or Evolving?

The combination of these traits, make a good leader who can possibly predict the foreseeable future and guide his/her team forward. However, as a startup cofounder, your energy needs to be contagious to be able to motivate the team. The level of energy and excitement needs to be persistent and evolve with you as the company grows. Thus, it makes sense to be in constant communication with your business partner to know who plays what role in contributing to the company.

Realistic, Data-driven And Easy-going Or Resilient, Persuasive And Passionate?

As a co-founder, one probably wonders which thinking hat of leadership to wear, and at what time? Yes, you’re right in thinking that time is a variable to consider as these leadership traits are situational. When energy levels are low, it’s important to be the latter, as it adds energy to the team and acts as a catalyst to reach for the predetermined goals. The former traits; realistic, data-driven and easy-going are most effective during the off-peak time, when goals, targets, and objectives are being set.

Which path are you likely to take in the given situation? Comment below and share your thoughts!

The traits of a startup cofounder are determinant of the success of the business. These are the traits that can be found in the overall environment and the attitude of employees. Given the presumption that the cofounder and the founder work in collaboration, it’s rudimentary for them to keep their communication confidential and effective while playing their respective roles within the company. 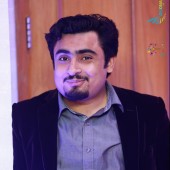 Salman is a software engineering graduate and digital marketer by profession. He works as a Digital Marketer Strategist at Cloudways. He loves to create value for the Startup community & help entrepreneur reach their goal. He is a big fan of cricket and does play AAA games in his free time. Why Creating FOMO Brings in Sales in Business 3 Ways for B2B Brands to Differentiate their Social Strategy