THE CONFESSIONS OF A DISAPPOINTING DAD WHO WORKED TOO MUCH Becoming a parent is the purest form of leadership. Yet, the best leaders can struggle with this relationship the most. This is the voice of regret from a marketing executive who spent the first 14 years of his daughter’s life tethered to his desk. Leadership is hard to execute from a distance. To win the love, trust and friendship of your children sometimes you have to get in the trenches and play.

Grant Feller is a marketing executive and journalist for The Telegraph and Huffington Post. In this article he expertly sums up the male condition:

“As men, we like to think we’re expert at most things, but the one talent we all share is an extraordinary capacity for self-delusion. The Adonis in the mirror, the double-handed backhand that not even Djokovic could have returned, the bookshelf we built that isn’t at all wonky. And, of course, how wonderful we think we are as dads.”

Feller describes his early experiences with fatherhood as “I was hardly ever there” until four years ago when he was made redundant, started a business from home and became a proper dad.

With this massive change, he had the opportunity to reflect on the five regrets that he had as a disappointing dad who worked too much.

Feller confesses about not standing up to a bully of a boss when forced to miss his daughters solo performance and the disappointment in his sons face when he missed the time he scored a goal. What Feller and his children missed was the hormone serotonin.

When a child receives award or recognition in front of their parents it is serotonin that causes the feelings of pride, status, and confidence. The parent in the audience also gets a hit of serotonin and experiences the same feelings of pride. This is what serotonin is trying to do — create the bond between child and parent.

Smart phones have made this a constant battle. Feller apologizes for reading work emails and responding to messages when he should have been getting his hand dirty in cookie dough, not on his phone.

David Heine, the very first Executive Athlete, shares “I’m half good but not great. I’m a big believer, when I get home I’m not at home to do work. If I’ve got to do something big that I have to do work on the weekend, I’m going to the office. I’ll try and avoid that if I can. But these things (smart phone) are a bloody nightmare.”

When executives are put under pressure their tactical knowledge and direct language will sharpen to ensure they get the right result. The biggest mistake the executive can make is to bring that level of expectation and communication into their family relationships.

Feller confesses that his brutal post-school report assessments may have been overreactions and he would rather he instilled confidence, a smile on your face and an ability to navigate the world without any trouble.

Executives are used to getting their own way. When you are sitting on the top of an org chart you have the power to overrule just about any decision that is made by the team. Once the decision is made the team has two options — accept the decision or find another job.

Families don’t work like that. It’s all on the line and if you get it wrong you run the risk of being alone. You run the risk of actually genuinely failing at leadership. The skill that you are based your career on.

Mark Adams, COO of Versent, counts this as the biggest work challenge for the executive. “It is basically the demands. It’s the time with family. Balancing that out with the work demands and the biggest challenge actually is going home and emptying my head of everything that’s happening at work and actually being at home. That’s my biggest person challenge.”

Feller apologizes for not reading his daughter a night-time story instead of stewing in his post-work hangover. He shares “I could have been nice because you had nothing to do with the hideous day I’d just had.”

The damage that the destruction of at home relationships causes can be immense. It cuts deeper than any work related stress. I have seen the most powerful of men totally derailed when their 13-year-old son or daughter put distance between them.

How you navigate the way your work and home life interconnect will be deeply personal. I’m not here to tell you how to parent your children.

What I can tell you is that so often the stress that dogs the success can quickly sour relationships with family and friends. Your loved ones require more than just your presence. They need sincere communication. They need you to engage with them, to remember those important shared moments and to be there to create new ones. 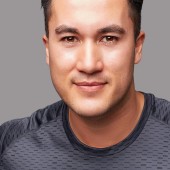 My name is Jonathan Cawte. I’m the founder of a company called Executive Athlete. My company runs a 90-day athletic program that teaches 110kg male executives how to become 90kg athletes. In the past 13 years as a sports scientist, I’ve worked with over 1,000 executive clients, the NSW Waratahs and I was flown to the Middle East to coach the Prince of Saudi Arabia. Here in Sydney, my clients range from the founder of Optus to barristers of the Supreme Court. In the Executive Athlete program, I bring together a faculty of incredible coaches from the Executive GM of NAB right the way through to the physio of the Sydney Swans. They combine to create a program that has one goal: change for life. How to Prepare Your Team For The Best Year Yet Starting a Business While in College? Here are 5 Tips for Success