Direct Sales: What is it? Why are so many people in it? Directly selling from one person to another has been around since the dawn of the ages. Starting with hunter gathers and evolving to bartering and then by the 18th century evolving into what we now know as The Direct Sales Industry.

It started with men going door to door and then in 1886 Founder of Avon David H. McConnell realised that women prefer to buy from other women and were natural born sales people. Mrs Albee became the first representative for the company, which now has 6 million representatives worldwide.She paved the way for others like Mary Kay Ash, Brownie Wise, Mary Crowley and Jan Day. Now over 78% of the direct selling industry are women changing the lives of themselves, their family and people around them.

In 1910, McConnell’s California Perfume Co. joined with nine other companies from New York, Massachusetts and Michigan to form the Agents Credit Association, which today is known as the U.S. Direct Selling Association. It was the first such association to focus on the needs of direct sellers today, the DSA represents 200 member companies and works to further promote the impact of direct sellers under the guidance of President Joseph Mariano.

In 2014, nearly 100 million people around the world were involved in direct selling, creating annual sales figures of over USD $182 billion. Sales have increased by almost 20% over the past 3 years. The Asia Pacific region represents 45% of all global sales, which Australia is included in.

A 14yo girl in USA set up her own company. Origami Owl started as Living Lockets. Bella was told by her father to go out and work for her car. Well she did and the company was formed to help others do the same. Bella didn’t let her age of 14 stop her from being an entrepreneur she kept thinking of the car she wanted. In 2014 the company topped $250 million a year. What an achievement.

There are so many stories of people that have made it in direct sales and there are plenty of stories of people that haven’t. Like everything that is out there Direct Sales isn’t for everyone.The great thing is that direct sales can be a once-off order or it can lead to a passive income that generates sales over and over again from just one customer.

There are so many options with more than 270 different direct sales companies in Australia. The Direct Selling Association of Australia (DSAA) is a great place for information about the companies. The first thing you must do before joining with a company is to make sure they are a member of the DSAA.

For many more tips, I have written a FREE handout to help people who want to join a direct selling company make an informed decision. 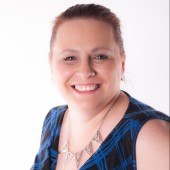 Tracey Hall has been in direct sales for nearly 30 years, and is now the founder of Success in E.D.S. What is E.D.S? Ethical Direct Sales of course. Tracey is even running the very first awards event based on the highest ethical standards in the industry. How to Upsell Without Overwhelming Your Clients