Entrepreneurs setting up e-commerce ventures in Australia can be venturing into a risky business with the reported non-survival rate for start-ups quite high. But e-commerce can bring rich rewards if done properly; with global B2C Ecommerce sales estimated at $1.5 Trillion USD for 2014. The following is some advice for successfully launching a new start-up based on the views of leading entrepreneurs who have taken the risk and reaped the rewards.

Successful founders see problems as opportunities to seek solutions, says the 2016 Tech Pioneers Report; which lists Australasia’s top 50 tech pioneering start-ups and one way is through a minimum viable product which allows them to:

“Iterate fast, find their market, and grow into it”

One entrepreneur who adopted this approach was Jodie Fox, chief creative officer of ShoesOfPrey.com, which she co-created in Sydney in 2009. The global, multi-channel retailer enables shoppers to design their own shoes online and was ranked 16th in the Tech Pioneers Report 2016. She encourages new entrepreneurs and admitted struggling with perfectionism before learning to: “Do everything before you are ready”; and

Jodie Fox told LeadersInHeels.com that: “Coming up with a great business idea comes from solving a problem you are experiencing”. In her case it was: “I didn’t love shoes until I could design them myself”. But like all prospective new businesses she faced three key questions:

Spotting a Gap in the Market

Julie Stevanja co-founder of StyleRunner.com, which is believed to be the first women’s pure play active wear aggregator globally, says: ‘It is important to spot a gap in the market before it even presents itself’

She told fashion editor KateWaterhouse.com that while hunting for fashionable yoga gear in London she was faced with masculine, traditional sportswear stores and was really disappointed with the selection.

“I came up with the idea for Stylerunner in the middle of one of my Bikram classes. I thought if I was having this problem in one of world’s fashion capitals, then surely women all over the world were also looking for the same thing – beautiful activewear that they could feel great in, but also with a luxury experience… Once the idea came to me, I moved back to Sydney, worked incredibly hard for three months and Stylerunner was born.”

Working With Other Entrepreneurs

“Surround yourself with like-minded and driven people from an early stage. Don’t be scared to spend money on talent because it will pay off in the long run. It probably took us a bit too long to realise this but it’s now something we try and do as much as we can.”

“Many retailers were initially risk-averse in adopting e-commerce before recognising it as a huge opportunity for smart, agile organisations”.

He acknowledged that entrepreneurism involved “no pain, no gain or rather no risk, no gain” and “attracts a certain kind of person who in a way enjoys that pain, because it’s so rewarding once you get through it”.

Consider the following example: Changing the domain name from Beep.com.au to CarLoans.com.au. The same company, the only thing that changed was the domain name – the uplift in every metric was phenomenal. From the amount of website visitors to the number of leads, to new sales, everything went up.

So why did that lead to a huge increase in sales?

“Quite simply, it was the perception of the customer when it came to the business.”

Shaun McGowan a digital strategist has a new venture providing funding to small businesses. Coming into the game a little later, the main domain names were unavailable to be registered. However, he could secure the domain name “lend.com.au“. Lend is extremely relevant, the word “lend” is descriptive of what they do. Therefore, they do not need to spend huge marketing dollars to tell people what Lend does.

Ruslan Kogan, CEO of Kogan.com.au agrees, explain in an interview with MyBusiness.com.au:

“Being an entrepreneur is about throwing caution to the wind. I had to quit a well-paid job to start Kogan, much to the dismay of friends and family around me. But taking big risks can pay off. Just ensure they are calculated risks.”

He told the MilkDigitalStrategy.com that he saw many competitors suffer when they added other lines of product.

“What happens if you add another line you have to put the same amount of energy to get it going as you do for your book business and the book business suffers? Focus on one line of product and do that well.”

Budding entrepreneurs must realise their possible shortcomings and take practical steps to fix them, she told online publication Collectivehub.com. In researching the entrepreneurs for this article it seems that one ingredient is essential to the success of e-commerce start-ups – self-belief.

As Ruslan says to MyBusiness.com:

“Don’t worry if people tell you your idea is crazy. This probably means you’re onto something. If your business challenges the status quo, you’re more likely to succeed. Just do it. Don’t waste time sitting on your idea, because if you do, someone will probably beat you to the punch.” 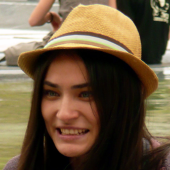 Sarah Miller writes for Authorflair.com about women in small business. Having successfully navigated the Australian Startup scene she now shares her experiences and insights. Connect with her at Authorflair for more information. You’ve got your big picture vision … But what comes next? The Key to Business Growth is Planning 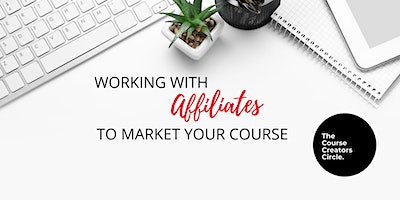