How to be inspiring A podcast guest, Rachael Roberston, the first female leader of a 12 month expedition to Antarctica, recalled her debriefing experience on returning to Australia. The crew were asked to give direct and honest feedback. Rachael leaned in and waited for the report. To her surprise, they called her ‘inspiring’.

As leaders, one of our responsibilities is to uplift others. Many of us feel the pressure to be ‘inspiring’. To be the leader others want to follow. To be the leader everyone admires and respects. The impostor syndrome often kicks in at this point. Who am I to be inspiring? What have I done that would merit praise?

We don’t need to crawl up Mount Everest wearing a blindfold while carrying a camel to be inspiring.

Rachael assumed her ‘inspiring’ qualities were her detailed planning abilities, or how she responded calmly under pressure to an emergency rescue.

It turns out what the crew admired was her ability to pay attention to the little things. If John mentioned his daughter’s soccer game and that he was heading to his quarters to speak with her via Skype, Rachael would remember the next day and ask him at breakfast, “Hey John, how was Charlene’s game?”

Just showing she was interested and that she cared was what it took to be deemed inspiring.

Inspiration is an inside game. We look to role models not for what they achieved, but what we might achieve through their example.

Our job as leaders is not to be heroes at the top of the tree. Our job is to unlock possibilities for others.

This is how we do that:

We need to stop worrying if we are up to the job of being inspiring, and start fanning the flames of potential in others.

Who could you reach out to today to show you’re interested, you care, and that you see more in them? Why website bounce rate isn’t as important as you think 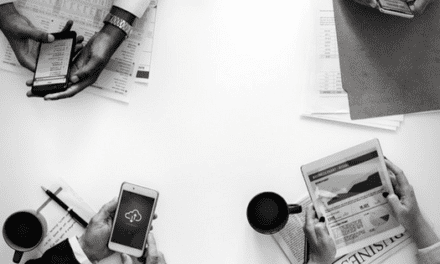