Manage like a boss: 8 words to make you a recruitment genius Today’s piece comes out of an interview I ran with a Michelin chef, Ruben Koopman, who at the time was running Frogmore Creek Vineyard’s outlets and oversaw the most engaged, enthusiastic staff I’ve ever seen. He certainly had a ‘secret sauce’ for recruitment and I was keen to find out more.

After the history of his chef’s journey, when we reached the present iteration of his work and career, I asked him, what was his interviewing process? How did he select that perfect person that fitted with him, with his vision, with the job, with the space?

Ruben’s answer was an eye opener. He described the issues they, like everyone in the industry (and any business) had been having in finding good staff:

Like all great chefs, Ruben is a problem solver, so called a brains meeting with the upper echelon of management and a couple of sous chefs and put this to them:

“How about we distill what we do, and why, into a set few words that represent the entire ethos of Frogmore? And when we have done that, why don’t we ask our applicants to give their take on those words so we can see if,

Recruitment suddenly became a huge focus. And so Ruben and his management team brainstormed, argued and reached for a solution – it took many hours until they all agreed on the 8 words that to them, collectively, represented the business. It was deep and meaningful, for sure, but for many, it was revelatory, and brought them together as a team more than any group activities or team building ever had.

That single exercise made them think, as individuals and as a team. About the business that sucks up many of their waking hours, and energy. For Ruben, it was a watershed moment that defined him as a boss and fellow worker. Put into practice, it turned the business. Right. Around.

What did this singular process do?

And that’s the juice. One of the best techniques I’ve had the good fortune to come across and its multiple benefits will keep unfolding. Of that I have no doubt.

If 8 words can turn that big business around, then I am sure it can work in most businesses and workplaces. But the essence, the key of its genius, is it forces the employer to listen. Carefully. To actually see the person in front of them who is applying for work. And to see if they fit. That’s the best outcome one could wish for. Recruitment issues? Solved. 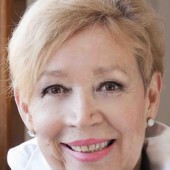 From a literacy specialist as a teacher in education, to being owner/chef of 10 successful restaurants, it's been a big life. I am published as a regular contributor to Entrepreneurial Chef Magazine in the USA, and have been lifestyle editor and features writer of The Hub newspaper in Tasmania - the largest circulation community newspaper in the state. I have just set up the mental health and emotional skills support site, Off the Hotplate for hospitality. I want to fix the industry crisis from the inside out - better management, happy staff, no more suicides. AMBITION AND WORKERS WITH A DISABILITY: THE UNLIKELY POWER PARTNERS FOR IMPROVED BUSINESS PRODUCTIVITY Power and toxic leadership: how to avoid it