Whilst business sales may have dropped during the peak of COVID 19, what will happen over the next 4-6 months? Zoran Sarabaca, Founder of Xcllusive Business Sales, believes the future is brighter than you may think.

Zoran reports that in February of this year, it was pretty much business as usual as far as the level of enquiries from prospective buyers went. By March, however, enquiries had dropped by around 50%.

“Interestingly, by April, the number of enquiries had already started going back up. By the end of April, we were back up to around 80%,” said Zoran.

“I’m predicting that during June, July and August, we will be back to normal. There is even a chance the number of enquiries could go higher, as people who have lost their jobs look to buy themselves an income. However, this increase will be offset by the number of people getting out of the market to change their lifestyle post-COVID 19.”

The number of people selling a business was normal during February, dropping around 80% during March and April. Zoran believes demand will stay low during May, too.

“However, we think this number will return to normal with the new financial year in July. This is the most popular time to buy and sell businesses, when all the accounts are in order.

“All the owners who didn’t put their businesses on the market during the peak of the virus will start selling in July so expect to see plenty of businesses for sale in August and September,” he said.

“There are a couple of reasons for this: it will be the end of the job-keeper allowance and the end of the  moratorium on insolvent trading for directors. A lot of businesses will still be distressed to some extent, so we will see a rise in the sale of distressed businesses. In fact, I believe the number of businesses for sale will be up by 50%-100% by September.”

Zoran said that those looking to buy a business will have more choice but should expect deals to take a little longer to complete.

“Also, don’t think that you’ll automatically get a bargain on a distressed business. They are distressed for a reason. After the GFC, we saw most distressed businesses being bought by other businesses in the same or similar industry. They will pick and choose what they want to take from the business, such as client databases and customer relationships.

“Between now and August, good businesses will sell for good money; not much will change. Businesses that are not distressed but have been affected by COVID 19, however, will sell for less because their profits have dropped. They will also take longer to sell.

“These are my predictions for the coming months so let’s see if they come true!” 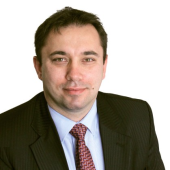 Zoran started Xcllusive in 2004 after not having much success with brokers trying to sell his own business and decided to form an exceptional team to provide a better service in the Business Broking Industry. Zoran seeks to educate the business owners on their business value and to help them evaluate their position to ensure that they make the best decision on how to exit based upon their current situation. Zoran was previously the National Chair for the Australian Institute of Business Brokers and serves on the national committee. He is also a Certified AIBB Registered Business Valuer. Zoran is also an experienced industry speaker and regularly runs free events for Business Owners in the Community where we can assist them with getting their business ready for sale now or in the future. Zoran feels business exit and retirement planning is vital for any business owner and Xcllusive seeks to help them “ Sell their Business with Certainty”. Do You Need to Be a Thought Leader in Your Industry? 7 Quick Tips to Boost Your SEO What small business tax concessions are available in Australia?