In recent years Australians have grown increasingly anxious about finances. People are worried about a range of things from funding retirement and providing for their family to paying for medical bills and affording non-essentials.

This financial anxiety may be grounded in fact as key research is indicating that many Australians are living paycheck-to-paycheck. However, in order to calm these fears, perhaps Australians should look to millennials who are gaining a reputation for being savvy savers.

Thanks to a perfect storm of circumstances from underemployment to the skyrocketing cost of living, the idea of living pay to pay has become an increasing trend. In fact, millions of Australians are forced to live pay to pay, while personal loan amounts have also increased to a staggering $173 billion.

More damning still is the fact that many wouldn’t be able to financially survive for more than a month if they suddenly lost their job. New financial comparison analysis has found that 46% of Australians could be living pay to pay, which equates to 5.9 million people.

This research indicates that many Australians are quite simply struggling. The research also found that 36% of people were in a position to live off their savings for four months or more if they lost their source of income. While 16% could only survive a week if they lost their jobs.

With millennials now representing almost half of the workforce (44%), now is the time to start analysing the spending habits of millennials as this will drastically affect the country’s overall economy.

Research into the spending habits of millennials has found that this section of society actually manages money in more financially prudent ways than their parents. In fact, millennials are trending towards kicking the credit card addiction.

While millennials are earning a reputation as a generation of savers, their money problems are stemming from systemic issues. For example, millennials are spending much less on cigarettes and alcohol, however, most are finding it hard to gain employment.

Spending more than you earn

A worrying trend for Australians is the fact that research suggests people now owe more than two dollars in debt for every dollar they earn in income. This trend suggests that people are not only living beyond their means but going backward financially.

Such frightening statistics have seen Australians grow increasingly anxious about finances. According to NAB’s latest Financial Anxiety Index, concerns about future spending and savings plans have risen from 57.8 points last quarter to 58.8 points.

How financial stress affects your health

Worrying about money is a common source of stress amongst people from every walk of life. In fact, nearly two in three Australians worry about money. However, while financial stress is common, it does have the potential to negatively impact your overall health.

If financial stress is allowed to bubble under the surface, individuals are putting themselves at risk of developing anxiety, depression, and even a reliance on substances like alcohol and drugs.

Many Australians and small business owners are worried about money to an extent where their physical and mental health may be being negatively impacted. While trends of underemployment and high costs of living contribute to financial stress, this doesn’t mean that all is lost.

Instead, by taking the lead from millennials, everyday Australians can get advice from financial advisors and put measures in place to save more money than they are spending. During a pandemic may seem like a hard time getting finances in order, yet this isn’t the case.

By conducting some research, putting together a budget, and not being afraid to ask for a helping hand, overall finances will change. This consequently eliminates the strain that monetary worries put on physical and mental health. 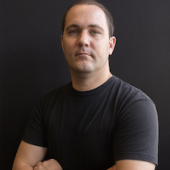 Luke Fitzpatrick is a freelance journalist and has been published in Forbes, The Next Web, and Tech In Asia. He is also a guest lecturer at the University of Sydney, lecturing in Cross-Cultural Management and the Pre-MBA Program. Casual employees’ right to be moved to permanent employment How Do I Protect My Employees Against COVID-19?