One of the biggest challenges facing any business leader today is how to build a strong team. Strong teams enable the entire business to tackle any challenge whereas weak ones build division and fail to deliver when the chips are down.
The good news is that while nobody can guarantee the “perfect hire” it’s completely possible to hire and build teams that are designed to be strong from the outset.

Imagine you had to take charge of a warship. Your job is to defend Australia against invasion. How would that work if the people on the boat had no idea what job they were meant to be doing?
Sure, a little flexibility is important in life, but knowing what you’re meant to do is far more important. This allows you to focus on what’s expected of you and to get good at it (and ideally, to become better than “good”).

A strong leader defines the roles within a team. Not so that individuals are placed in a straightjacket of responsibilities but so they understand their place and their value and can embrace those things.
Role descriptions should be written down so that they are effectively communicated and if major permanent changes are required, these should also be communicated in writing.

This also allows you to determine whether someone is effectively performing their role in the team because it gives you a framework to measure their performance against.

Value Every Role In The Team

Back to our warship. While it might seem that the most important people on the boat are those that enable it to maneuver in tight situations and to fire on the enemy, all these people would be useless if they had no clothes to wear, no food to eat and no beds to sleep in.

Each and every role within a team is important. Sure, you may have some star players but that doesn’t mean that you can afford to neglect those whose roles are more prosaic. If you nurture every role and offer support, feedback and development within those roles – everyone can flourish.

Your gunners will be fed, watered, and indeed, rested to tackle the things that bring the most explosive results. Everyone will support them rather than resent them because they will know that they too are valued within the team.

Communication doesn’t “just happen”. In fact, the best teams don’t leave communication to chance. They have defined means to communicate formally on their work.
Weekly meetings, e-mails, SMS, whatever it takes to get the job done. But the method of communication comes second to the willingness to communicate.

You must demonstrate that people are safe to communicate their concerns and needs and that this communication will be seriously considered and acted on when appropriate.

Your warship is going nowhere if the navigation crew aren’t talking to the engine room. Strong teams communicate constantly and consistently.

Make Sure You Have Clear Objectives

It is quite amazing but many otherwise excellent teams fail to produce results because it’s not clear what results they are expected to produce.

Your warship may be required to prevent invaders from entering local waters but if this is the case it cannot be in port conducting training drills to season new troops at the same time.

Celebrate Success And Learn From Failure

Finally, strong teams are learning teams. They celebrate a job well done and learn from their failures, resolving to do better next time.

This is why when a warship returns to port, a parade is held to meet its crew – it builds a strong sense of belonging and team. 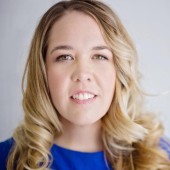 As a business consultant, Angela partners with start up and small businesses to grow their brands through hands on support, ensuring foundations are laid in order to leverage growth. Her skills were honed at the helm of Finlee and Me, where she learned everything from branding, PR, sales funnels, email marketing, website, copy, SEO and more. She knows what it truly takes to have a strong brand, consistence sales, steady growth and over all dedication. As a director, what are my reporting obligations? Top Security Tools That Can Help Futureproof Your Business’s Security