Biases affect our decision-making in that it influences:

Attribution bias is how we perceive our own performance and abilities compared to those of others. Attribution bias can be traced to our impaired ability to assess the reasons behind success or failure. We are more likely to attribute our success to our own skills and less likely to blame ourselves for failures.

However, this is often reversed when we assess the actions of other people. We have a strong tendency to attribute other people’s success to external factors like luck.

Affinity bias is our innate tendency to relate to people who are similar to us. We connect faster with those who we are able to relate to. Excessive emphasis on cultural-fit can become a barrier when seeking valuable and diverse candidates.

Affinity bias can cloud our judgement when it comes to recruiting candidates with unique skills and fresh approaches to work. Remember, just because a team member or candidate is not like you, it doesn’t mean they’re not as talented or potentially valuable.

This one may sound extremely unfair but it is unfortunately true. Many of us subconsciously favour employees or teammates if we find them physically attractive. While a smart, neat appearance goes a long way in making a good impression, physical appearance, by and large, has little to do with ability.

We may unconsciously feel that candidates with poor posture, untidy hairstyles or poor dress sense may not be a good fit.

At the fundamental level, every one of us seeks approval from our peers and colleagues. Conformity bias is said to occur when our opinions and judgement is swayed too much by the expectations of others. This has a significant effect on our decision-making in general.

For instance, we may outwardly agree with the opinion of the team even when we may have reservations or actually think differently about the issue. If your team seems to unanimously agree on most decisions, conformity bias may be an underlying problem. Encourage people to speak up and voice disagreement if they think it is right. It’s important to be able to share diverse and different opinions.

Confirmation bias relates to our tendency to search for information or evidence that supports our point of view instead of looking at more diverse sources. We subconsciously overlook other facts and focus on things that validate our position. Confirmation bias affects our ability to make rational assessments and also ends up reinforcing other unconscious biases. 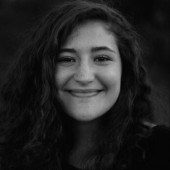 Laura Massey is a Senior Consultant at Symmetra. It is a global consulting agency in the field of managing diversity and inclusion in different business environments. She, along with her team helps clients of different shapes and sizes to build inclusive leadership capabilities with the ultimate goals of optimising performance and stimulating innovation. Laura is a highly-qualified consultant with hands-on experience in delivering business-oriented services across the globe. The Secret to Healthy Work Life Balance: What Works for Me Just Might Work for You Play Your Plan, so you can Plan Your Play How to avoid values that derail us