What Does the Future Hold for BNPL Companies in Australia The ratio of new customers signing up for buy now, pay later (BNPL) services is expected to rise. Consumers may grow to expect BNPL companies in Australia’s payment options when purchasing services or goods in retail outlets during the next five years.

People love to save money by using coupons and flexible payment options. According to a coupon statistics report of 2021 by Statista, coupon redemption reached 145.3 million last year. Some companies in Australia offer both options: Coupons and BNPL.  By using BNPL they are given time to pay for their purchase and it also increases customer loyalty and repeats purchases.

During the COVID-19 pandemic, revenue for the BNPL companies in Australia is predicted to increase by 25.8% this year. The pandemic has changed people’s buying habits, and many consumers are now more comfortable shopping online, boosting demand for industry services. Despite COVID-19 restrictions, BNPL companies in Australia service providers are projected to benefit from consumers using instalment payment services for essential items.

Australia’s Next Move on BNPL

According to the consumer advocate, buy now pay later companies’ push to offer money to Australian renters might generate major problems for clients and spiralling debt problems. They also show concern about the sector that targets younger females with the service prominently featured in women’s beauty, cosmetics, and fashion.

It doesn’t matter if you shop online or at the store, Australians have different ways to use BNPL. According to Mozo’s research, BNPL companies in Australia are not just offering these types of platforms to buy clothes and shoes. Instead, 65% of BNPL users are purchasing large items such as a refrigerator, heater, or new bed, while 57% use this in luxury items like designer clothing, jewellery, and car accessories, and 28% in essential items like food.

The industry of BNPL Australia continues to grow in the medium to long term. The usage of BNPL payments is predicted to increase significantly throughout the forecast period, with a CAGR of 24.0% between 2021-2028.  The BNPL Gross Merchandise Value in the country has increased US$ 7354.4 million in 2020 and by 2028 it will reach US$ 52456.2 million.

The publisher also predicts that the Buy Now Pay Later for businesses will continue to grow in the coming years. As a result, BNPL future of Australian consumers who use online and offline checkouts is expected to rise.

Here are some examples of Australian BNPL companies:

Afterpay was founded in 2014 and is one of Australia’s biggest BNPL companies. According to Afterpay’s most recent half-year financial figures, the company had more than 3 million active users in Australia alone. As this is a well-known company, payment methods are practically online through Afterpay apps and in-store retailers.

ZipPay works similarly to Afterpay in that you can set up an account in minutes and attach a debit card for in-store and online purchases.

Zip allows users to choose how often to pay their bills based on their preferences, whether it’s monthly, biweekly, weekly, or instantly, unlike Afterpay which does require a credit check.

In terms of protecting your personal information stored within the app, Zip Pay, like other BNPL companies, performs regular security maintenance checks within the app or on its website to ensure that its security is functioning properly.

As long as you make your payments on time, Humm BNPL Company in Australia is both fee-free and interest-free. Late fines are a $6 charge for each missed payment and for 10 repayments, monthly fees of $8 can be charged on ‘large things’ and ‘small things’. For large transactions, there is also a $35-90 establishment charge.

Humm, formerly Flexigroup, launched in Australia in mid-2019 and has since grown to a size similar to Zipping, with 2.5-2.6 million active customers in 2021.

Bundll, which is owned by Humm, was released in 2019 and is described as a “supercharged debit card.” It allows clients to combine all of their normal purchases, such as groceries, into a single payment, which may then be paid in monthly BNPL instalments.

Openpay is one of the oldest BNPL companies in Australia. It began as a payment solution for a clothing company in 2013, before expanding to the larger market in 2016. It now has around 500,000 active customers in Australia (up 123% from 2020) and thousands of merchants specializing in retail, health, and education.

Among the BNPL platforms, Openpay has one of the highest credit limits, allowing you to hold a balance of up to $17,000. It also features flexible repayment options, with weekly or fortnightly instalments ranging from one to 24 months depending on the quantity of the purchase.

The list of BNPL companies shows the BNPL market in Australia is quickly expanding, with significant consumer, merchant adoption, and the number of services available is growing.

While the development of new payment services like BNPL companies in Australia has the potential to improve the efficiency of the payments system by providing services that are valuable to end users, stakeholders have noted that merchants are unable to charge a surcharge to offset the relatively high cost of accepting BNPL payments.

The question has been raised about the competitive neutrality of payment regulation, given that card systems are not allowed to implement no-surcharge rules. 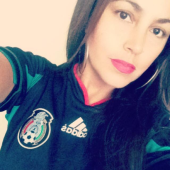 Elice Max is a small business Co-owner and a published contributor. She's passionate about retail and how it's constantly evolving in the modern age. Elice hopes to create a wider understanding of the latest retail and trends through her writings.