What’s the difference between personal bankruptcy and business bankruptcy? People often talk about personal bankruptcy, with the implication that there is another type relating to business. But the fact is, there is no such thing as business bankruptcy.

It’s actually impossible for an Australian company to become bankrupt.

Where the confusion lies, perhaps, is that there are two separate pieces of legislation relating to insolvency:

Either a person or a business becomes insolvent when they are unable to pay  their debts pay their debts, as and when they become due and payable. Bankruptcy is the legal process that serves the purpose of resolving the insolvency for an individual. If a company becomes insolvent, it has different options.

The Corporations Act covers companies in Australia, and it’s regulated by the Australian Securities and Investments Commission (ASIC). The Act has provisions for:

A director or a major secured creditor of a company that is struggling financially can appoint an external voluntary administrator. That administrator’s role is to investigate the company and then report back to the creditors on whether the company should be liquidated, wound up, enter a deed of company arrangement (DOCA) or keep operating.

Liquidation is a formal process where a licensed liquidator is appointed to sell any available company assets so that the funds can be made available to creditors. Any surplus funds are then ordinarily distributed to the company’s shareholders. Should there be no assets to liquidate, the creditors typically remain unpaid and the company is effectively wound up.

This process is usually triggered by a secured creditor and involves a receiver being appointed to recover and sell secured assets in order to pay down the outstanding debt owing to that secured creditor.

This is a binding agreement between the company’s directors and its creditors. It formally outlines how the company’s affairs will be managed to ensure maximum return to the creditors, as well as what will happen in the event the company is wound up.

The formal options available to individuals who are insolvent come from the Bankruptcy Act. It’s important to note that these options can extend to company directors if they owe money as a result of giving personal or directors guarantees. Such guarantees will not be resolved by corporate insolvency options if the debt otherwise remains unpaid.

The Bankruptcy Act has provisions for:

Declaration of intention to present a debtor’s petition (DOI)

A DOI will give you a buffer of 21 days during which unsecured creditors can’t take any legal action to recover a debt. It doesn’t stop secured creditors from repossessing their security if you’re behind in payments though.

If you can’t pay your debts at the end of the 21-day period, you’ll be understood to have committed an Act of Bankruptcy. That means a creditor can petition the court to have you declared bankrupt.

This is an agreement by your creditors to accept a sum of money proposed by you that you can afford to pay. The proposal must be accepted by the majority of your creditors (measured in dollar value), b before it becomes legally binding for all of your creditors. There are eligibility criteria surrounding how much you owe, earn and the total value of your assets. Additionally, you’re not eligible to propose a debt agreement if you’ve been undischarged from bankruptcy or a prior debt agreement or personal insolvency agreement within the past 10 years.

A PIA is like a debt agreement but without income, asset or debt limits. As with a debt agreement, you must be insolvent to propose a PIA. A PIA can only be administered by a controlling trustee. For the proposal to become legally binding, 75% of the creditors must agree to your proposal through a ‘special resolution’.  As with bankruptcy, you’re unable to be a company director while undischarged from a Personal Insolvency Agreement.

When you become bankrupt, you’re no longer required to pay provable, unsecured debts. Provable unsecured debt typically includes credit cards, personal loans, shortfalls and most tax debt.. In the case of secured debts such as mortgages and car loans, bankruptcy doesn’t affect the right of a secured creditor to repossess and sell the asset if you default on your repayments (i.e. a mortgagee repossessing a property if the mortgage payments aren’t made). Any unsecured losses arising after the sale of a secured asset will then become provable in your bankruptcy.

Bankruptcy usually lasts for three years and one day before you’re discharged. You may be required to make regular payments to your bankrupt estate from your income during this time, but this will depend on how much you earn and the number of dependants you support.  Additionally, some assets are protected in  bankruptcy while others are not, so it’s important to understand how your assets will be treated and the options available to you before going ahead..

Only a Registered Bankruptcy Trustee or the Official Trustee can manage bankruptcies in Australia.

With the exception of a DOI, all of the personal insolvency options for individuals will affect your credit rating for five years, and you will also have a listing on the National Personal Insolvency Index.

While the bankruptcy legislation is the same for everyone, it’s important to understand that outcomes may vary depending on individual circumstances.

If you or your company is insolvent, you have a range of different approaches you can take., If you are looking at corporate or personal insolvency strategies, it’s crucial that you speak to a professional who can walk you through how these strategies may work and any options that might be available. 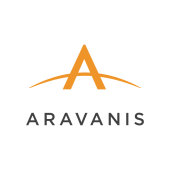 John is currently a manager at Aravanis, one of the largest registered bankruptcy trustee firms in Australia. John has in excess of 13 years of experience in personal insolvency in addition to estate planning, tax planning, superannuation, life insurance and mortgage broking. Aravanis offers free bankruptcy-related information that’s specific to your individual situation. If you’re considering bankruptcy, give Aravanis a call on 1300 369 108. As one of Australia’s leading bankruptcy firms, they can take you through the options that might be available. Questions to ask before you buy a business 12 Simple ways to celebrate yourself without spending a dime