Who Knew Starting A Business Could Mean Jail Time Most Startups begin with, and are driven by, big dreams. A big vision and lots of risk of failure thrown in, for good measure. Many of us are aware of the statistics; more than 60% of businesses fail within the first 3 years. The reason for this is that it’s tough, really tough. Cash flow is a constant challenge, Startups are focused on sales, products, building profile and a great culture. Basically survival!

As a second thought, comes their team, and recruiting the best possible talent for the business. It’s my belief that your team is your greatest strength and also, potentially, your greatest liability. Key to your success is recruiting, motivating and retaining high performing teams, which increases productivity and profitability.

Unfortunately, SMES are fronting up to the Fair Work Ombudsman in far greater numbers than corporates and there is a good reason for this. They don’t have the level of HR support and knowledge that is required to run a business within the stringent and robust Australian Employee Relations framework that we operate in.

Now their risk is likely to increase with the Federal Government having given ‘in principle’ support for 22 recommendations from the Migrant Workers’ Taskforce Report.

This included criminal sanctions, introduced for serial offenders and serious, deliberate, cases of worker exploitation. “Criminal offences can be punished by imprisonment and community service, as well as fines, but there can be other serious consequences, such as loss of reputation and income if disqualified from running a business,” the report noted.

So why is this a problem for Startups?:

What can they do to protect themselves?

Educate themselves and a great way to do that is to read my book ‘From Hire to Fire & Everything in Between’ to quickly get up to speed. Being compliant with your ER obligations is not optional – it’s a serious business risking, not only gaol time, but each breach of the Fair Work Act carries a fine of up to $63K, or a personal fine of $12 600. I am pretty sure a fine such as this would bring most Startups undone. 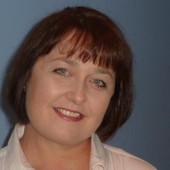 MEDIA RELEASE JANUARY 2019 EMPLOYMENT EXPERT WARNS HIRING WELL IN 2019 WILL BE FUNDAMENTAL TO BUSINESS SUCCESS Employee expert and author Natasha Hawker says hiring well is more important than ever, as a “tight applicant market” continues into 2019. Despite an expected slowdown in jobs growth early next year, the author of a new book - From Hire to Fire & Everything in Between - says “a tight applicant market means there is a reduction in the number of quality candidates to consider, making hiring increasingly difficult for employers.” The unemployment rate is currently sitting at 5.1 per cent and in December, NAB said it expected the rate to decline further over the next 6 months, albeit at a slower rate than in previous months. “Unemployment is low and continuing a downward trend which will continue to tighten the candidate short market and increase wage pressure,” says Natasha, the founder and director of Employee Matters, which provides employee support to businesses around Australia. “In a tight applicant market, you have a reduction in the number of quality candidates which makes the recruitment process even more challenging.” Natasha says there are some key tips to ensure employers avoid making costly recruitment mistakes. “Use multiple sourcing channels to increase your chances to hire,” she says. “Good people know good people – use your network and that of your team to find your next employee.” “Develop a best practice recruitment process and get back to candidates quickly so they feel loved, impressed and wanted,” she adds. First released in 2015, From Hire to Fire & Everything in Between, is the only book of its kind in Australia to help small to medium business owners navigate hiring, managing and exiting employees. Entertaining and easy-to-read, the book reveals the secrets to finding, building and maintaining engaged, high performance teams - increasing productivity and profitability by up to 20 per cent. Equally, it teaches business owners how to have those difficult conversations and exit employees easily, fairly and legally, avoiding company fines of up to $63,000 and personal fines of up to $12,600. Natasha Hawker is available for interview and can discuss a broad range of topics, relating to employment trends in 2019, including: 1. Tips for employing recent graduates; 2. How Australia's declining housing prices are reducing employment opportunities in the real estate and property sector; 3. The ongoing shortage of quality candidates and what this means for employers and the need to "hire well"; 4. And the ramifications of the #WalkOutOZ movement, which will continue to build momentum as businesses come under increasing pressure for men and women to be paid the same salary for the same roles. Natasha has held numerous human resources and recruitment roles over the past two decades, including for global consulting firm Accenture, in London, India and Australia, before launching Employee Matters in December 2011. She has presented at conferences and for organisations across the globe, on all aspects of HR, people management and employment relations and has facilitated Appropriate Workplace Behaviour courses as a qualified Train the Trainer. She is also regularly quoted as an expert on employee matters in the national media, including for the ABC and in the Sydney Morning Herald. From Hire to Fire & Everything in Between, $24.95, is available now from all good book stores, including Dymocks, Amazon, Kindle, and the Employee Matters website, www.employeematters.com.au -ends- For further information contact: Greta Donaldson at Greta Donaldson Publicity 0427 658 638 or greta@gdpublicity.com.au How to Make SEO Work for Your Business 5 Reasons You Should Start a Business During School

Great Tips to Avoid Bankruptcy & Protect Your Assets and Your Business How to set up a basic HR system 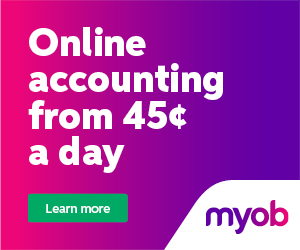