If you read the headline and thought this might be an anger management article, then I’m sorry.

When I say, ‘avoid choking’ your team members, I don’t mean that you have to be careful not to throttle them when they do something that frustrates you.   (I think that’s pretty much frowned upon.)   No, what I mean is that there are many ways we managers get in the way of, and limit our team’s ability to grow.   And when we do that, it hurts the employee, our customers, company, and ultimately ourselves.   So, what are the ways we are choking our employees and what could we do differently?

So many of us think that because we work with our team members every day, and we interact on different jobs, projects and activities, that that’s enough to develop strong relationships.   But it usually isn’t.   This kind of interaction only really gives us information about how that team member functions in the situations they have been put in.  If we happen to learn anything else, it is mostly by chance, or because that employee is particularly good at sharing.

If we really want to get to know our people, we should start one to one meetings with them specifically for the purpose of getting to know them better.   These don’t have to be long.  20-30 minutes once a week is plenty of time if the meeting has structure.  Let them start by telling you anything at all about themselves.   Hobbies, family, holidays done, or coming up, what they are doing outside of work.   Your role is to listen, really listen, and identify what’s important to them.

Then it’s your turn to share.  This can be hard for many managers, but it’s easier if you prepare.   Just share the things that you found interesting in your World since your previous one to one.

After you’ve both shared,

Keep it simple.  Keep it friendly.   Keep it about growing the relationship.

And before you say, I’m too busy to spend 20-30 minutes a week with each of my employees, doing this actually saves you time.   It might sound impossible, but everywhere I’ve seen this done, the team members massively reduce the number of times they interrupt you during the week because they know they have a dedicated time to talk to you every week.

I’ve seen so many managers afraid of getting in a full-blown argument with their team members that they almost totally avoid giving feedback to them.   This situation arises because we have the wrong attitude to what feedback is about, we give feedback far too rarely, and it is mostly negative.

When we give feedback with the objective of pointing out problems with what our team members have done in the past, we are doomed to fail.  Feedback just isn’t about the past.  It is about getting things done right, or better in the future.  You can’t change the past, so arguing about it is pointless.   All feedback should be focused on the type of behaviour you want to see next time a similar situation occurs.

When you see something you like, get specific, and tell them.  E.g. “I liked how you did X with that report.  Do that again next time.”

When you see something you don’t like, don’t hold it back until their end of year review.  Short and sharp, and make it about the future.  E.g. “When you wrote X in the report, there wasn’t enough explanation.  Could you try to incorporate a quick explanation next time?”

If you don’t give negative feedback quickly, they don’t have a chance to correct.   In the above example, you don’t want the same lack of explanation to appear in their next five reports just because you feared telling them it could be better.

And we fear telling them because we dread that argument on why they did what they did.   Don’t ever get sucked into that argument.   If they want to start defending themselves, you can simply say something like.   “Let me interrupt you there.  I trust you had very good reasons for doing it that way and I just don’t have time to discuss the specifics.”  Then excuse yourself and walk away.  By doing this, you’ve told them you trust them, but you’ve avoided an argument about the past (which can’t be changed), and you’ve kept it about the future.

And everything you’ve said is true.   You do trust them to do a good job.  You do have better, more productive things to do with your time.

And this is one area where those regular one to one meeting help to break the cycle.  By regularly talking about how things are going, what’s needed to be done next, and what their future aspirations are, we are in a far better position to make these assessments based on real information and not jump to incorrect assumptions based on skewed data.

This is similar to the above.  It is also so common, to call it rife is not an understatement, particularly in more technical professions.

What happens is that expertise is valued so highly that people who are our true gurus end up being promoted to positions where they are leading team of people.  The problem is that, frequently, the expert is not a natural people leader.  They took the promotion for the pay or the status, but in reality, they dislike working with people, and we’ve taken them away from the very area where they excelled.

Of course, this is not all experts, but it is so common that far more thought needs to go into such decisions.   Smart companies have multiple tracks for advancing.  If you are a people leader, you advance up as a team lead, a manager, director, etc.    And if you are simply more suited to technical expertise, then opportunities are there to continually advance upwards through the technical ranks without ever having to manage people.

A related mistake that is regularly made is to promote someone into a role but fail to give them the necessary support to succeed in that role.   This is very common when first promoting someone onto a people leadership position.   Even when we have chosen well, and the person has the right aptitude to lead people, we frequently just assume that they will make that transition naturally.

However, many new managers struggle terribly at first.  They are often managing their former peers, and this alone creates a substantial problem for them to navigate.   If we don’t recognise that leading people requires a very different skillset, then frequently that person will flail about, seemingly helplessly for some time.   And I’ve seen many situations where the ‘blame’ for that awkward transition is placed on the new manager, when in reality, it is a problem easily avoided.

New managers should be offered appropriate professional development to understand the requirements, tools and methods of their new role.  In addition, a buddy or mentor can be invaluable in settling in quickly.

The alternative is having a poor manager for much longer than necessary, and this leads to disgruntled and less productive team members.   No one wins.

Sadly, it is a frequent response to a couple of poor quarters to go on a massive cost cutting exercise, and one of the costs that is seen as an easy target is training.

But, cutting training is a cost saving on one side of the ledger with an almost invisible loss on the other side that is far greater.

It is so well ingrained in our thinking that we entirely forget that if we are more efficient, we can have all three.

And if your competitors continue to invest in training their people, they are going to get Cheaper, Faster, and produce to higher Quality and gain significant competitive advantage over you.  Saving on training is thus, no saving at all.

These are just some of the common ways we are choking the development of our employees.   When we stifle their ability to reach their potential, the impact on our organisation can be dramatic.

The opposite is also true.  Invest in the development and growth of your team, and everybody wins.   You have highly motivated and engaged individuals, led by competent and enthusiastic leaders.  They deliver excellence to your customers, who remain raving fans of your organisation and continue to buy from you, thus improving your bottom line. 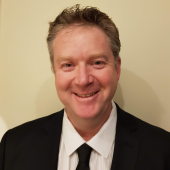 Kevin Picton is a Co-founder of the Business Results Club which is the only online, group-based, profit coaching program in Australia with a live mentor, that is no-brainer affordable, and comes with a stop paying if it isn't working guarantee. Kevin also mentors small businesses to attract more business, leverage their time time, and build high performing teams, with his personalised, 1to1 approach via his Sharpen IT - Training & Coaching organisation Kevin is the author of multiple books including - 9 Easy Ways to Grow Your Business Profits - 9 Habits that will Destroy Your Business in 90 Days & - 5 Steps to a 1 Hr Workweek for business Owners on Holidays tag a friend who needs this A business devoid of purpose will fail every time Why emotions are critical to business decision making success. Leadership qualities for the long haul How to incentivise your employees in ways that won’t break the bank but will make an impact on their financial, mental and physical health