What is AI, RankBrain and Hummingbird? How will this affect searches? Google is now more so than ever before using a machine-learning artificial intelligence system that has been labeled as “RankBrain”. Here’s what we discovered as it has now been rolled out across the internet to rank websites and find answers for all search queries full time.

So you must be wondering how this works in with Google’s overall ranking system?

Would ‘RankBrain’ be nick named ‘Sexy’?

The ‘Tardis’ is nick named Sexy. RB could be just as sexy for mature seo professionals. Or would it be something similar to this scenario….

What is Artificial Intelligence (AI)?

Greg Corrador, a top research scientist at RankBrain explains, “For the last few months, a ‘very large percentage’ of the millions of queries per second that users type into Google’s search bar have been deciphered by an AI system known as RankBrain.” The latest SEO updates. He went on to discuss for the first time the growing role that artificial intelligence is playing in search.

“RB is a system in which AI is being used to embed enormous quantities of written language into vectors, which are mathematical entities that are understood by the computer. When RankBrain comes across a word or phrase it’s not yet familiar with, the system can guess which other words or phrases might be similar in meaning. It then filters the result based on this guess, which makes it more effective at interpreting and sorting never-seen-before search queries.”

Google’s implementation of RB into their system of search comes after five years of moving towards AI. The company’s goal is to embed this technology into all aspects of its operation. “Machine learning is at the core of how we are rethinking and transforming everything we are now doing,” said Sundar Pichai, Google’s CEO, on their earnings call a week or so ago.

How smart is AI?

The “word on the street” is that AI is smarter than most engineers. RankBrain is definitely living up to all the hype. The search engineers at Google, who are the ones developing the algorithms underpinning the search engine’s software, were recently asked to look at some of the pages, and they gave RankBrain the top spot as the company’s number one search engine technology.

Are website rankings being affect overall by ‘RankBrain’? Yes

It certainly has been interesting watching the rankings of various niche markets fluctuating quite heavily in the past few weeks, with the latest SEO updates. I thought it was the Penguin algorithm being quietly tested by Google in the background.

Now I can see that it is the behaviour of something very new and different…it has been nick named as ‘RankBrain’ and it is now learning. Certainly is Science Fiction coming to life in the real world. I feel it is important to continue to observe, test and understand the flow of changes that RB will now bring. Something for all webmasters to take note of. Delivering great quality content to the web will be so important, more so than ever before.
So here are some of the questions worth asking and understanding.
What is the significance of RankBrain?

RankBrain is the nickname Google gave the machine-learning system that utilises artificial intelligence to help sort through and process their search results, as first reported by Bloomberg and then confirmed by Google.
What is involved in machine learning?

Machine learning is the technology that allows a computer to teach itself something, as opposed to the computer having to follow detailed programming or be taught by humans.
What constitutes artificial intelligence?

True artificial intelligence (AI), is when a computer is as intelligent as a human, in terms of having the skills to acquire knowledge from being taught by humans (programmed) and from expanding on what it already knows and devising new connections. In it’s truest form, AI only exists in science fiction. In reality, AI refers to computer systems designed to learn and go on from there to make connections.

Here is an example I have just searched now. What is the measurement used in Australia? Here it shows how this new Artificial Intellingence is scouring the net for meaning and understanding. So no longer is it just searching for “measurements” but the close definition of Units as well.

Here is another search result example. What is the measurement used in America? The first organic result no longer has the word measurement within it.

What are the “signals” Google uses to determine ranking?

Signals are what help Google in determining how webpages should be ranked. For example, it reads the words written on a webpage, which make words a signal. Words that are in bold may be another notable signal.

PageRank makes calculations giving a web page a score, and that’s another signal. If a web page is mobile-friendly, this is one more signal that will be registered.

These signals all get processed by different parts of the Hummingbird algorithm to determine which web pages Google pulls up in response to all the various searches. The latest SEO updates.
How many signals does Google use?

Google speaks of having at least 200 major signals they use for ranking. These are all evaluated, which in turn might lead to 10,000 sub-signals or variations.

Please leave your comments and feedback below, as you will assist me with writing up quality content to help you better understand why Top 10 SEO in Sydney Australia take a holistic approach to search engine optimisation and why it is not treated as an ‘add on’. Or contact us here. 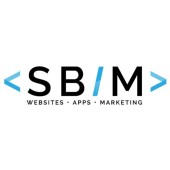 5 Technology Trends To Keep An Eye On This Year