On demand ‘hyper-specialists’ to drive next wave of enterprise growth The need for on-demand talent is growing faster than ever and enterprises will rely heavily on ‘hyper-specialists’, or highly-skilled employees with specialised skillsets, to fill resource gaps.

That’s according to the Getting Trendy 2017 Report by Expert360, Australia’s leading online marketplace for top consulting & contractor talent.

The survey of its largest enterprise clients shows that not only will the contingent workforce continue to grow among Australian enterprise businesses, but that ‘hyper-specialists’ will play an increasingly important role in large corporations.

Close to 80% of the businesses surveyed said they are currently experiencing a skills gap and more than half say they plan to increase their use of contract and freelance workers to fill those gaps.

Of those who plan to increase the amount of contingent workers on their payroll, 80% said they expect they will use freelancers to fill gaps ‘always’ or ‘most of the time’, within the next three years (38% and 42% respectively).

Furthermore, close to half of businesses surveyed (48%) said around one-fifth of their workforce will be contingent in the next three years.

“Executives are looking to bring in individuals who they know have successfully executed similar or the same work beforehand, from simple projects through to very complex campaigns. That process used to inefficient and ineffective but now, new technology platforms make it easier and more cost effective for executives to find needles in a haystack,” said Expert360 CEO Bridget Loudon.

The findings also suggest that as Australian businesses look for better ways to compete in the global economy, it is on-demand hyper-specialists who will step in. More than 60% of businesses surveyed say that specialist skills will be ‘extremely important’ in the next three years.

Many of these specialist contingent workers may be utilised to bolster internal teams.

“With a significantly smaller market than that of the US or Europe, Australian companies often struggle to bring in highly-skilled full time workers. Accessing hyper-specialised talent in a way that can be easily scaled up or down is critical to competing on a global playing field,” said Loudon.

“As the number of contingent workers continues to grow, we may also see a reduction in redundancies as businesses rely on short-term talent instead of hiring and firing full-time employees in line with the ebb and flows of business,” she added.

To download a copy of the report, visit: http://go.expert360.com/Getting-Trendy-2017.html 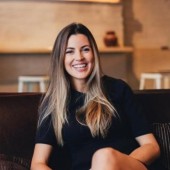 Bridget Loudon is the CEO of Expert360, Australia’s leading online marketplace for curated, on demand, business consulting talent. Since cofounding Expert360 in 2013, Bridget has led the company to become a global Talent-as-a-Service (TaaS) platform and enabled a new market for readily available elite capability and expertise. Tips for running a remote team 5 Reasons why you should consider TikTok for your business