In this skills webinar, we are being joined by Birchal founder Alan Crabbe to talk crowd funding.

We will be talking about the revolutionary amendment which has enabled equity crowd-funding for private and unlisted companies in Australia.

Alan will cover with us:

Originally from N Ireland, Alan is the co-founder and CEO of Pozible & Birchal. Alan introduced Crowdfunding to Australia and Asia Pacific. The Pozible platform was developed to help creatives build audiences, raise capital and get ideas off the ground.

The site has hosted thousands of projects in Australia and distributed over $60 million since it launched in 2010.

In late 2017, Alan launched a sister platform called Birchal – a new licensed equity crowdfunding for brands to connect with investors. 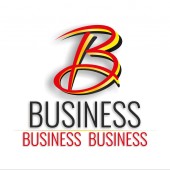