Why Small Businesses Interview in the Wrong Way The success of a small business comes down to its team members.

A pro-active, motivated and collaborative team will get results. If a new disruptive team member enters the workplace, the negative influence from this one individual is powerful enough to destroy the positive working environment from the inside out.

In addition, research shows how a corporate organisation is more likely to fire a worker during the probation period if the employee isn’t performing as predicted in the job interview. It is their confidence in their recruitment processes and procedures, adhering to government legislation, that gives them confidence in HR decisions, whereas a small business will worry about the cost of recruiting another new staff member or the lack of output if they let go of an employee who isn’t performing as well as predicted.

Many larger companies have rolling recruitment processes, which means the process of advertising for a new position is an easy one, often with the HR team having suitable applicants on file. In contrast, the small business feels desperate to find anyone interested in working for their small unknown company.

The answer to the bad apple rotting productivity is in the recruitment process.

Small businesses will mimic the interview process for a larger organisation. This mirroring effect may result in a similar level of the employee. But a large organisation is likely to hire an applicant with potential or one key virtual skill knowing that their training and development team have the time and effort required to get a potential recruit up to the operational standards of the whole team.

A small business, though, has different needs. Often instead of requiring a specialist, the small organisation needs a do-it-all employee. Rarely can a small company pass tasks on to the finance, HR or marketing team because they don’t have one!

As well, the small business needs an ‘instantly trained recruit’ as there is no time for training, mentoring or development – it’s all hands on deck.

The team ‘fit’ is the most important factor for a small business. Within a large team, the different personalities, temperaments and outlooks can be beneficial, helping to create new perspectives. A problem-solver is likely to point out the pit-falls of a new idea that a creative team member has suggested.

Having different perspectives is powerful, but within a small team who often need to complete a task/job/project quickly to move on to the next one, as without constant income the business will fail due to, unlike a large company with a risk budget to fall back on, having no cashflow. This is why the small company needs everyone on the same page, a team culture that works well together.

The make it or break job interview

What is important in a small business job interview is asking job interview questions that result in the hiring of a candidate that fits into the culture of the small team.

Even though larger organisations do ask questions on the company culture, the interview question in the main are based framed on the duties of the job role. HR teams will use a structured job interview where each candidate is asked the same 6-10 interview questions based on the job criteria. Each answer given by each applicant is then scored against the criteria, with the highest-scoring applicant being offered the position.

In addition, the recruitment process for corporate organisations will consist of role plays, knowledge tests and group exercises.

But as a follow-up recruitment tool, the informal interview can result in getting the right fit for the small team as people are drawn to one another, at the unconscious level, if there is an affinity between the interviewer and interviewee. 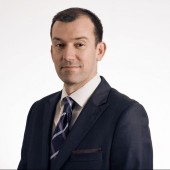 Chris Delaney is a career advisor www.employmentking.co.uk and published author The 73 rules for influencing the interview. The Biggest Little Word in Business Why you don’t need new technology to help business grow