7 Things Successful People Do Every Day Some of the most successful people in the world, through very different people, have extremely similar habits.

Many people are after more health, wealth, happiness, and overall success in life. However, many also believe this isn’t possible for themselves. This is where they are grossly mislead. Successful people are where they are because of one simple thing: daily habits.

They get up earlier

Tony Robbins, Barack Obama and Oprah Winfrey all swear by starting their day early and are no strangers to a 5:00am alarm clock. What is interesting is that instead of jumping straight into their to-do lists for the day, they take this time before everyone else is awake to focus on self-care. Their early mornings typically consist of your standard me-time whether that means exercising, expressing gratitude, meditation, a healthy breakfast, or simply working on their relationships with themselves.

Many successful people swear by not only creating goals, but visualising them too. If they want a certain type of life experience or a certain home, they visualise being in that experience and in that home, repeatedly. Not only that, they imagine how it would feel to actually be in that moment and experience which puts the brain straight to work figuring out small ways to get them there.

They are action-oriented and results driven

When it comes to material success, something successful people do differently than most is that they take action, continuously. This means overcoming things like procrastination and fear. Not only that, they focus on the measurable results of their actions. They don’t have a pay-per-hour mentality, and they always pay themselves first. They don’t reward themselves for simply working and being busy but rather reward themselves for getting work done and having an impact. They are committed to lifelong learning and they read a lot! They are more ‘doers’ rather than ‘talkers.’ They won’t talk your ear off about wishing they had more money or a fitter body. They will be more likely to actively seek out wealthy people to learn from them or get a gym membership and personal trainer.

They make health a priority

If Barack Obama can get up early every morning and exercise, so can you. Successful people take care of their bodies, minds and overall health. They take the time to prepare healthy meals and work out as a priority. They understand that attracting health, wealth and happiness into your life takes commitment to feeling physically healthy. They view it as a necessity to achieve overall success.

They have empowering relationships

You become like the people you surround yourself with. Successful people know that they can’t learn how to manage their money from people with poor mindsets and they know they can’t achieve their dreams around people who never achieved any of theirs. These sorts of people are energy draining for people who value a success driven mindset. They keep their relationships happy and healthy, and surround themselves with people rich in health, happiness and abundance. They ‘steal with their eyes’ to learn new things and bounce ideas off the right people who are open to them. They actively look for mentors to help lift them up and happily lift up others who are willing.

Successful people set standards for themselves and boundaries for others. They are healthy, physically fit with happy marriages and families, and successful businesses, multiple income streams, and an overall abundant life because they have self-discipline. They know when to say, “No.” and they know when to say, “Yes!” They say no to alcohol and junk food the majority of the time. They say yes to healthy, nourishing foods and value balance. They say no to potential business partners they have a bad gut feeling about. They say yes to taking the leap and beginning a new business venture that looks promising. They say no to people who come with drama and conflict. They say yes to people who are inspiring and committed to bettering themselves and the lives of others. They say yes to taking care of themselves first. They are careful where their attention goes so that they can say yes to amazing health, great relationships, successful businesses, and financial freedom.

Complaining is toxic to successful people. They understand that life is short. They focus on solutions, exciting new ideas and making their life and the lives of others happier and more fulfilling. They don’t care that you were stuck in traffic or how unfair taxes are. They’ve got better things to do and better things to discuss. Optimism helps us spot opportunities by activating the brain’s reticular activating system, and successful people know this.

Whether you’re toying with the idea of having your dream body, a new business or simply a happier more abundant life, learn from the masters to have more success. When you develop the same habits as successful people already living amazing lives, you too can become successful and live in a space of beauty and prosperity. 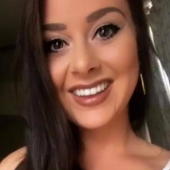 Kay Taylor is the Digital Marketing Resource for P.S.Frocks.com.au, Australia’s favourite maxi dress e-boutique dedicated to inspiring self-love and confidence, one dress at time. When Kay isn’t writing articles with love on the southern Gold Coast, she is sipping strong coffee and travelling to new places. Leadership frameworks that cause evolution How To Support Your Health With The Right Lifestyle