Building your employees into leaders – a personal journey When approaching this article, I was going to write about the personal development programs that we have implemented for our staff which has allowed them to all take up leadership roles in the organisation, however, the real and most important place to start was really the journey I began in my own development about 4 years ago.

My business was in trouble.  We had a large amount of debt that we were struggling to pay and revenue less than the cost of running the business, not a great position.  At the time, I took the opportunity to have a free business assessment with a trusted business coach, so I thought, what the hell, let’s give it a go. I knew my numbers very well and was strong in strategy, but I had never been profiled before or understood exactly what this meant.

After being profiled, the assessment showed that I was a high DS, which meant I was very direct and good at getting things done, but also very analytical at the same time. But, it also showed that I lacked a softer side and was not very sociable, which meant that this created a barrier in developing relationships with staff members and others which was a real weakness.

After we went through this profile, I was in a foul mood for 3 days, nothing could calm me down. What did it mean I was abrupt and lacked a softer side, making it hard to build relationships.  After I calmed down, this was the start of a deeper journey. I could work on this and develop my nurturing side. It didn’t mean I was any less than I was before, still a great implementer and analyst, but I could be better at building relationships and making deeper connections.

The great thing about the coaching relationship is that I was directed to really work on these deep, uncomfortable personality and emotional issues that really made a change. I read a lot and worked a lot on uncomfortable things, such as listening to other people, especially staff members from a support perspective and really holding their hand when needed.

Not everyone was comfortable with this change. A few months later, 2 of my most senior staff members left to open their own business and on departing told me exactly “what they thought of me”. Not only was I deeply hurt by the comments, from staff member who were part of the inner, management circle, they were also 1/3 of our billable workforce, so our revenue earning capacity was limit at I time was just trying to rebuild.

But, because I had started to work on myself, the relationship with the rest of the staff had begun to change and we were able to really get together as a team and solve the situation. As a result, although it was hard, we got through the situation, in a better position with a stronger team than before. And incredibly this was just the beginning.

I continued to read, learn and improve. I set specific goals and read those goals out load to myself every morning. They were hard goals, but I kept reading them to myself and amazingly enough and I don’t exactly know how, we moved towards them.

As I started to improve my leadership skills, I started to get my team to work with the business coach and work on their core personality and emotional issues. Although it seemed slow at the time, looking back at it, it wasn’t that long at all and I was starting to get real leaders emerging in the businesses.

Fast forward a few years later to 2020, and just before COVID-19.   The business was growing and we had just purchased an additional business, with one of my most experienced senior staff taking on his largest management role of branch manager of this business. The other staff had stepped up and taken over as staff supervisor role in our current branch so all aspects of the business were being managed by great leaders. We had 2 other businesses we were coaching and they were growing and improving their team and culture.

Then came COVID-19 and I thought we were very vulnerable. I was wrong. Because we had spent so much time and effort working on the team and really consolidating the culture of the company and what it meant to be part of the team, everyone stepped up and put their hand up and said “I am part of this team”. We’ll most of the staff. The ones that did not, understood it was time to go and the exit was really good for both sides. For everyone else, we put our heads down and bums up.  We did the tasks that needed to be done, pivoted the business to a new product line that meant that we were sustainable through this period and have emerged out of this in the best financial position and a stronger team than we have for a long time.

We are not completely out of the woods, but in a few months we will have no ATO debt, have a strong team of leaders and will be looking to place the next one of these leaders into their own branch and take their management skills to the next level.

My biggest lesson. Even at the hardest of times, you can work on yourself, look at the deep, hard things and the world will change as you emerge as a leader with your head held high. 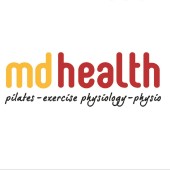 Michael Dermansky is a Senior Physiotherapist and Managing Director of MD Health Pilates, with 17 years experience of treating clients from all walks of life, from 6 year children all the way to the age of 92.

5 habits to optimise productivity in your day How to Get Organised for Tax Time and Maximise Returns A simple framework for leadership reflection