We live in the age of digital marketing and the internet is awash with advertising options that promise greater returns than you’ve ever seen, but which is the best one for your business? Here we take a closer look at two of them, pay-per-click (PPC) advertising and Facebook advertising, holding them up to the light to see what each one offers. To begin by expressing the difference between the two in the simplest possible form, Facebook advertising helps you find potential customers and pay-per-click helps them find you.

What is pay-per-click advertising?

Pay-per-click, broadly known as PPC, is a model of advertising in which you place an ad on the internet and then pay a fee every time it is clicked. It is a departure from the more traditional forms of advertising that would see you pay to place an ad in the newspaper or on a billboard and then hope for the best. Essentially you are now buying the visits to your website.

Among the most popular forms of PPC is search engine advertising where businesses bid to have their sponsored links appear when somebody searches for certain keywords. For instance, a builder in Melbourne would bid for the keywords “Melbourne builder” and their sponsored PPC link will then appear at the top of the results page whenever somebody types those words into their search engine.

The giant in PPC advertising is Google AdWords, which brings in more than $32 billion each year for Google. That’s 97 percent of Google’s total earnings. Google receives four million search queries every minute, making its ad space incredibly valuable. As a result AdWords does not just make advertisers bid to place a PPC link, it also ranks them according to the relevance and quality of their ad. The auction that takes place is a somewhat complex system, but essentially an ad with a bid of two dollars per click and a quality rating of nine (score: 18) will appear above an ad with a bid of six dollar per click and a quality rating of two (score: 12).

This barely needs an explanation as there are more than 1.86 billion active Facebook users each month and you are likely one of them. Every day 1.15 billion people are using the social media platform, meaning it is simply too big for anybody to ignore. The ads are the sponsored links that appear on the page as people are scrolling past the photos of their sister’s children and the funny posts from their friends that are begging to be shared. Usually the ads appear to the side of the page.

Facebook ads now come in a number of forms, but the most effective aims at retargeting the Facebook user and bringing them to your website. The unique selling point of Facebook advertising is that it allows you to very specifically target your audience. You can set the ad up so that it is only shown to people within driving distance of your business, or only to women under a certain age, or only to married men who speak English and have expressed interest in both fishing and sport. The possibilities are limitless.

Once you have created your advertisement you will set a budget, usually stating how much you are willing to spend on your advertising campaign each day. Facebook will then give you detailed feedback on the number of people who saw your ad and the actions they took as a result.

What are the benefits of PPC versus Facebook advertising?

The greatest benefit of PPC is that you only pay for the clicks that you receive, which makes it very cost effective. This is especially the case because your potential customer is searching for something that is closely related to your brand, meaning at the moment they make the click you are well over halfway towards making a sales conversion.

Another great benefits of PPC is that you will see fast results and they can be very easily measured, allowing you to tailor your advertising campaign or pull out of it altogether if you do not think it is achieving your goals. It is also a very easy process to undertake, requiring no significant investment of time or resources. This makes it ideal for testing advertising ideas you may be considering for more expensive mediums.

The greatest benefit of Facebook advertising is the incredible depth of its specific targeting, allowing you to reach the exact audience you are chasing. This will significantly boost your conversion rate, allowing you to find leads and turn them into customers.

The other major benefit is the sheer scale of Facebook’s reach throughout our population and its influence over social trends. Even if your Facebook campaign does not lead to an immediate boost in sales, it will certainly create greater awareness of your brand among the market you are targeting.

So which is better?

Unfortunately, that is an impossible question to answer. Both forms of advertising have their strengths, but the choice between them largely depends on your business model and your advertising goals. The best advice that can be offered is to trial both of them for a least a month or two, then compare the results. 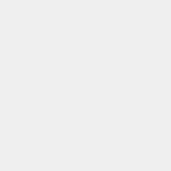 After working in the Middle East and Mexico, Rony brought his international marketing experience to Australia to lead the team of experts at Adcreators. As the MD and founder of a global business Rony has spent his career developing brands, creating and managing successful marketing campaigns and combining creativity and analytical skill to produce effective and impactful solutions for clients. Since moving to Australia in 2012 Rony has lead Adcreators to quickly become a leading force in PR and digital marketing. Rony and his team are continually co-ordinating and implementing highly talked about, traditional and non-traditional events and campaigns to the great benefit of their clients. The Three Critical Foundations You Need For Business Success How to drive employee engagement in a flexible workplace