Every business comes under threat at some point. Even a single misplaced remark, like that of Gerald Ratner who bankrupted his jewellery chain when he compared his company’s engagement rings unfavourably to a prawn sandwich, can wreak havoc and there are many other issues that are less foreseeable lurking around every corner.

So, how do we combat these threats? Well, there are things you can do to ensure that your business becomes more resilient. Let’s take a look at some of them.

Plan For The Worst

The best advice in life is to “hope for the best but to plan for the worst.” You probably can’t plan for the day that a senior manager says something stupid at an industry function, but you can plan for the days that the phones go down or you find yourself in the centre of a temporary social media storm.

List down the possible disasters that might hit your business. Then think about what you might do if the worst comes to worst. Those living in Alice Springs probably don’t need to consider the impact of a tsunami on the office but those living near Sydney coastline might be wise to do so.

If you can practically split your business across two locations, you can build in redundancy if one office goes offline – it might be a bit of a hassle, but people can commute until the phones come back up.

If you can’t – you can locate a co-working space or temporary office near you and find out what their terms are for access. Then, if things go wrong; you can simply direct your staff to that place and go from there.

Decide Who Will Handle Things

If you run a very small business, it may be you that has to handle things, but if you run a larger business with a few staff – you may choose to delegate the execution of your emergency plan. It’s vital that people know what their role is in the event of a disaster.

Make sure that you communicate this clearly and that plans for emergencies are properly shared with that person and that they’ve been consulted on the practicalities of executing those plans too.

Have A Practice Run

Nobody plans to fail, but plenty of people never test their plans. In reality, you’re going to end up with a fairly simple set of plans to use in an emergency because that’s the only way that they’re gong to work.

A 500-page plan would take too long to read and work through in the heat of a firestorm. You’ve got to be reasonable about this.

And a short useful plan is even better when you’ve tested it and trained people to ensure they can support its execution. Simulations are a great way to see where you can improve your plans and to get people better involved in the planning process.

Don’t Forget About Your Plan

You don’t need to run a simulation every week, but you do need to draw people’s attention to the idea that there’s an emergency plan and that they stay familiar with the important details. It’s worth dusting the plan off every now and again and making sure it’s still relevant to your business. Businesses change. Make sure your plans change with your business.

Business resilience is not an accident. It’s a planned process which involves everyone and is tried and tested before it’s needed in an emergency. 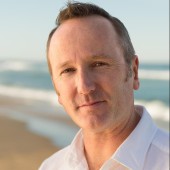 ANDREW HACKETT has more than 20 years of experience helping people think outside their limitations to move beyond their fears so they can accomplish amazing things in their life, business and relationships. As the author of Free From Fear and the Fearless series, a teacher and leadership expert, he works with people, helping them overcome their fears to create a practical solution for their whole well-being of mind, body and spirit.